Château de Purnon is a vast estate located near Verrue, a village of 400 residents, situated just south Loire Valley on the edge of the Forest of Scévolles. A grand alley of 3km traverses the forest and provides a monumental view from the château grounds.

Purnon was constructed between 1772 and 1791 for Antoine-Charles Achard, Marquis de la Haye (1737-1816). The château is built in a classic French style flanked by two enormous outbuildings made in tufa stone and ochre plaster with remarkable charpente in the style of Philibert de l’Orme. In 1893, the château was purchased by the Marquis de Rochequairie whose family sold to its current owners in 2020.

The château and the two main outbuildings, the dry moat and terraces as well as the northern entrance gate are all classified as Historical Monuments since May 10, 1995. The Moulin Bigeard, the potager garden and it’s pavilion, the Eolienne Bollée and it’s reservoir were listed as Historic Monuments on December 11, 1992. 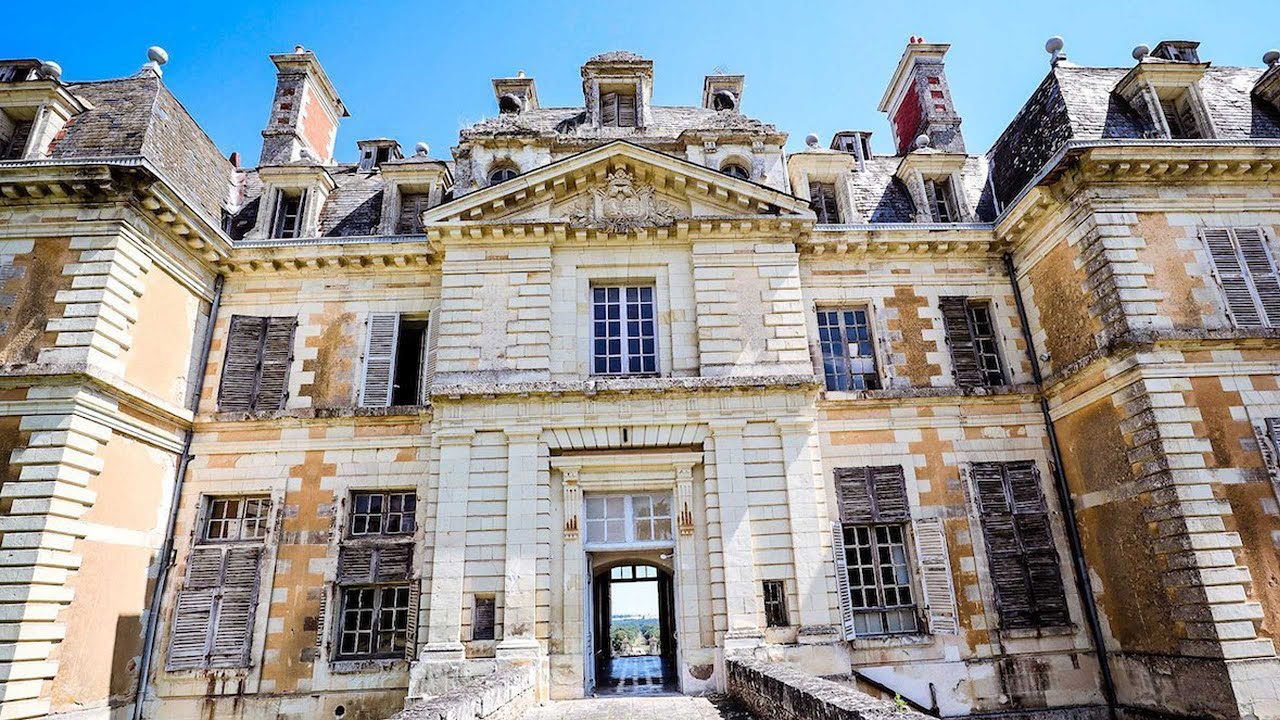 After more than a century of neglect, the château’s slate roof is in peril, threatening the conservation of the inside roof of the château. The facades in tufa stone are significantly damaged. Most of the shutters have collapsed due to exposure to the elements and lack of maintenance over a long period of time.

Most of the buildings and outbuildings are overgrown, some of them ruined and dangerous. The roofs leak and the two main buildings have significant structural damage. In particular the western building which is seriously unstable and supported by a large support structure. The terraces and their cellars, in the northern part of this building, are in ruins and are at great danger of collapsing.

2. Restoration of the roofs and non-ruined structures of the outbuildings. Removal of dangerous or precarious elements and structures.